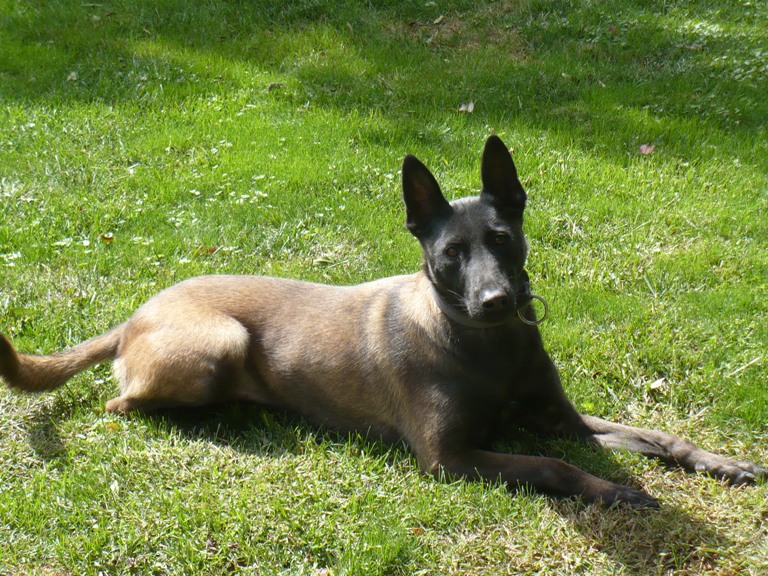 This drug detection dog Is an 18-month-old female Belgian Malinois trained by internationally known master dog trainer, Sid Murray, founder and owner of ATS K9, Toronto, Canada.  She has been fully vet checked including x-rays and blood profiles and is ready to be certified for drug detection work with your handler.

Note: this dog has previously been certified for narcotics detection with her trainer.  However, according to AWDA rules for certification a dog must recertify with each new handler as the certification relates not only to the canine, but also to the handler as a team.

Included below it is a short training video showing this dog working on locating the source of illicit narcotic odors in blocks, boxes and other locations.  In the 2nd portion of the video you will see the same dog working in a hallway on a ship to find scent cones leading to the source of illicit substances contained behind closed doors in a room.

This is a proven,hard-working, fully trained, passive alert drug detection dog, which has been trained using the following American working dog Association certification standards and will be a valuable asset to your organization’s team.

For more information, to purchase or lease a detection dog for your department call Sid Murray ATS K9 at 905–988–8800.