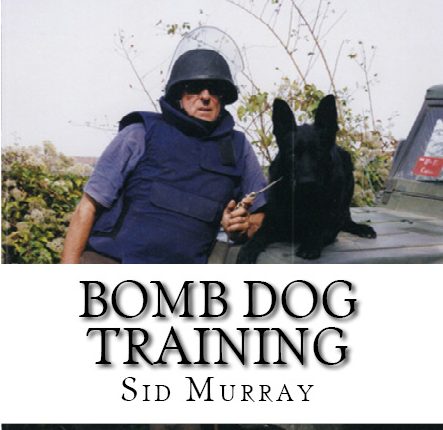 Terrorist bomb attacks are on the rise, but what you don’t know may surprise you.

Terrorist bomb attacks have killed more than 190,000 people in the last 9 years.  The world has become a much more dangerous place.  In many instances, security has become much tighter.  However, in spite of our knowledge that terror is on the rise, we have failed to adequately train and employ enough trained bomb detection dogs to match the need.

According to TSA officials.  There is a shortage of qualified trained bomb detection dogs to protect against terrorist bombings.  As of this writing, there is an estimate of more than 200 additional bond detection teams needed and that number increases daily.

Bomb dogs come in many different breeds.  Some of the most popular breeds chosen are German shepherds, Belgian malinios, Labrador retrievers, Springer spaniel’s and a few other sporting varieties.  These dogs are chosen based on their energy and drive to complete the task.  Each dog goes through an intense training building on the canine sense of smell.

Dogs have an incredible sense of smell which allow them to identify an order from a tiny particle of scent and follow it back in to the source.  In basic training a bomb dog is introduced to 19 different odorants.  This is by no means the only odorants the only scents he will encounter in the course of his work.

The dog will build from that block of 19 to encompass many more odorants associated with explosive detection.

When we think of explosive detection dogs we most commonly think of trained dogs walking through crowded airports sniffing the air for a whiff of explosive odorant that will lead him to the source and prevent the next deadly explosion.  These bomb detection dogs are most often associated with finding explosive devices located on a person, hidden in the luggage, boxes, cargo areas or in vehicles of all types.

Sid Murray, master dog trainer is a sniffer dog expert.  Murray has trained hundreds of dogs and has served around the globe in high profile positions training canines to sniff out illegal substances and high risk explosive devices.

Training bomb detection dogs in a simulated session allows save training to be conducted.  Once trained and the detection dog teams go out into the field is the real test.  This is where everything you have practiced for goes live.  There is no room for mistakes.  There is no “do over.”

This is where the dog’s proficiency and accuracy all your life and his in the balance.  Murray knows this firsthand as he is not only trained theory, he has put those theories into practice.  Sid Murray has trained explosive detection dog teams and worked in the field himself in places such as Kosovo.  For the last 25 years, Sid Murray’s company ATS K9 has been providing top-quality detection dogs all over the world.  These are detection dogs that handlers trust their life on every day.

For more information on adding a top-quality detection dog to your department or organization’s staff call ATS K9 at 905-988-8800 and ask for Sid Murray.