Pentagon Forced to Admit the Truth… 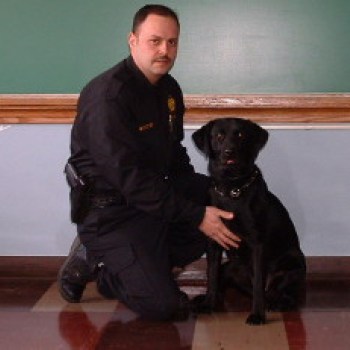 There is no argument, the United States military has the best technology in the world, however, modern technology cannot beat the results of bomb detection dogs.  The Pentagon has at its disposal drones, super-spy cams, metal detectors, mechanical sniffing robots and the best funded and most knowledgeable engineersbut it is no match for me best friend.

The Pentagon has been working on this problem for years.  However, the problem becomes more serious by the day.  The director of JIDDO, Lieutenant General Michael Oates, told the conference that his organization now focuses on disrupting the use of IEDs, rather than flat-out detecting them as they haven’t made much progress on the detection front using technology.

Congress has recently shown a lack of confidence in the group’s accomplishments, both in its focus and the way funds are being spent.  In response, the House armed services committee cut the group’s funding by nearly half USD1 billion.  That cut can train a larger group of much-needed explosive detection dogs.

By last count the TSA reports that because of incidents of terrorism are in a sharp incline that there is a shortage of bomb detection dogs.  Currently they are short a minimum of 214 qualified detection dog teams.

In order to be a certified explosives detection dog by the American working dog Association, the dog must be able to pass 4 types of searches.

In the training video below Murray shows a young black Labrador being trained to detect explosives.  When finished this dog will be able to detect and locate the following odors in order to successfully pass the certification required for an explosives detection dog.

If you have any questions regarding explosives detection dogs or how to add one to your department or organization, please contact Sid Murray, ATS K9 by calling 905-988-8800.  ATS K9 has been providing top-quality detection dogs worldwide for over 25 years.  Detection dogs are their only business.

Choosing the right detection dogs for the job
Comments are closed.